The Terror of “Normal”: Religious Brainwashing and the Boston Bombers

Posted by Steve Smith on April 20, 2013 in Uncategorized

Perhaps you, like I, feel relief after the death of one Marathon bombing suspect and the capture of the second. But perhaps you also feel something else. Something besides relief, anger, or pain.

After all, why would two young men described by acquaintances as “friendly,” “soft-spoken,” “popular,” and “safe” suddenly commit major terrorist acts?

The shock factor stems not just from the magnitude and visibility of what happened, but because it seemed to come from nowhere.

Americans have grown to understand—with distaste—that mentally ill and socially isolated people can commit terrible crimes. Think Adam Lanza and Newtown, or James Holmes and the Aurora movie theater massacre. We look at their mug shots and say, “Gosh, sure, I can see that. The fellow just looks off. He has dyed-red hair. A sightless stare. Thin-lipped angst. *cluck* I could have seen it coming.”

We also can understand how foreign-trained fighters could fly planes into buildings. We hate it, but we put those types of people in a different category from us. Their zealotry makes a sick sort of sense.

But with Dzhokhar and Tamerlan Tsarnaev, we see something uncomfortably different.

And it terrifies us. Because if these “normal” fellows committed a crime like this, who else may be lurking in the shadows of normal, waiting to become tomorrow’s front-page terror story?

If “normal” can kill with such callous disregard for innocent life, then we’re in a whole world of hurt.

But I believe there’s a likely explanation as to why these “normal” young men committed such an abnormally cruel and despicable crime. The strongest causative explanation?

Religious Brainwashing and the Tsarnaev Brothers

In a Today Show interview, Ruslan Tsarni, the uncle of Dzhokhar and Tamerlan Tsarnaev, said he noticed a difference in Tamerlan when he saw him in 2009. The previously soft-spoken, polite young man seemed more radical, as if he had been influenced by religious extremists. “I was shocked when I heard his words, his phrases, when every other word he starts sticking in words of God,” said Ruslan. “I question what he’s doing for work, (and) he claimed he would just put everything in the will of God. It was a big concern to me.” 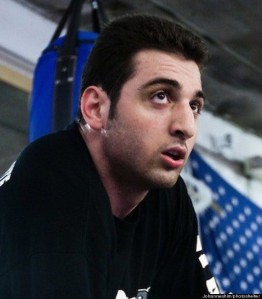 The boys grew up in Ruslan’s home after immigrating to the United States, but seemed to have fallen under the influence of mentors who radicalized them. Ruslan said an acquaintance expressed similar concerns: “He said there is someone who brainwashed [Tamerlan], some new convert to Islam.”

Tamerlan’s change of personality was so noticeable, his uncle believed he was being converted to an extreme form of Islam. “It wasn’t devotion,” Ruslan said, “it was something, as it’s called, being radicalized. Not understanding what he is talking (about). He is just using words for the sake of the words and not understanding the meaning of it.’’

In a recent story, The Guardian newspaper said, “Since his death, it has been revealed that a YouTube account believed to be managed by Tamerlan linked to online material concerning radical preachers, terrorism and a religious prophecy supposedly popular with al-Qaida followers.”

It remains to be seen exactly how this radicalizing influence may have played out in the lives of Tamerlan and his younger brother, Dzhokhar. But their uncle, for one, believes that Tamerlan was brainwashed by religious extremists and in turn influenced his younger brother Dzhokhar to help commit unspeakable crimes. It would not surprise me to learn that Dzhokhar—if he survives his injuries—eventually snaps out of his altered state of mind and becomes truly penitent for what he has done.

A Brief History of Religious Brainwashing

It is well-known that certain religious extremist organizations use brainwashing techniques on their followers to promote mindless devotion (whether they know that this is what they’re doing is much more debatable). For example, in his book Taliban, Ahmed Rashid reports the brainwashing of young Taliban recruits in Pakistani madrassas. The young boys sit for hours reciting verses from the Koran as they rock back and forth. They listen to sermons by influential imams and all outside information is strictly controlled and interpreted. 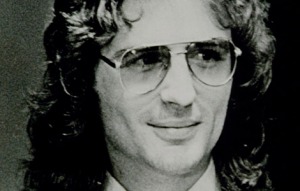 Similarly, certain Christian cults also brainwash their followers. Jim Jones led his People’s Temple followers to their murder/suicide deaths in Guyana in 1978. Branch Davidian leader David Koresh brainwashed his followers into a radical separatism and anti-government posture which contributed to the famous standoff in Waco, Texas in 1993.

Such techniques can turn an affable, sweet person into a programmed machine. While appearing “normal” from outward appearances, such a brainwashed person is susceptible to trigger words, extreme devotion to radical ideas, and dehumanization of other people.

How does brainwashing work?

Dr. Robert Lifton is considered an expert in the field. After studying both political and religious brainwashing, he identified Eight Criteria for Thought Reform:

1.) Milieu Control. This involves the control of information and communication both within the environment and, ultimately, within the individual, resulting in a significant degree of isolation from society at large.

2. Mystical Manipulation. There is manipulation of experiences that appear spontaneous but in fact were planned and orchestrated by the group or its leaders in order to demonstrate divine authority or spiritual advancement or some special gift or talent that will then allow the leader to reinterpret events, scripture, and experiences as he or she wishes.

3. Demand for Purity. The world is viewed as black and white and the members are constantly exhorted to conform to the ideology of the group and strive for perfection. The induction of guilt and/or shame is a powerful control device used here.

4. Confession. Sins, as defined by the group, are to be confessed either to a personal monitor or publicly to the group. There is no confidentiality; members’ “sins,” “attitudes,” and “faults” are discussed and exploited by the leaders.

Dzhokhar Tsarnaev. Was he influenced by any of these brainwashing criteria? Time will tell.

5. Sacred Science. The group’s doctrine or ideology is considered to be the ultimate Truth, beyond all questioning or dispute. Truth is not to be found outside the group. The leader, as the spokesperson for God or for all humanity, is likewise above criticism.

6. Loading the Language. The group interprets or uses words and phrases in new ways so that often the outside world does not understand. This jargon consists of thought-terminating clichés which serve to alter members’ thought processes to conform to the group’s way of thinking.

7. Doctrine over Person. Member’s personal experiences are subordinated to the sacred science and any contrary experiences must b e denied or reinterpreted to fit the ideology of the group.

8. Dispensing of Existence. The group has the prerogative to decide who has the right to exist and who does not. This is usually not literal but means that those in the outside world are not saved, unenlightened, unconscious and they must be converted to the group’s ideology. If they do not join the group or are critical of the group, then they must be rejected by the members. Thus, the outside world loses all credibility. In conjunction, should any member leave the group, he or she must be rejected also. (Lifton, 1989)

As you can see, the final criteria helps us understand how a “normal” person could commit a terrorist act. After all, if people who don’t believe what you believe are sub-human, it doesn’t matter too much if you kill them. Yikes.

It remains to be seen to what extent Dzhokhar and Tamerlan Tsarnaev were brainwashed. But based off of their uncle’s statements—and considering the descriptions of their friends—it seems likely that religious brainwashing played at least a part in their extreme actions.

Whether or not they were brainwashed, they are ultimately responsible for their own choices and will be held accountable. Brainwashing is never an excuse—only an explanation.

And in this case it may help to explain how “normal” young men could commit the Boston Marathon bombings.

Update, 4/25/13: The parents of Tamerlan and Dzhokhar, while grieving, have expressed their doubts about their sons’ involvement in the Boston Marathon Bombing, saying that they have been framed, that investigators have lied, that “America took my kids away.” See this NBC news link for details. While any parent could be expected to experience shock, disbelief, grief and confusion in similar circumstances, such statements seem to evidence a high degree of denial, blame-shifting, and unwarranted hostility. Not sure how this all relates to the brothers’ own ideological extremism, but it seems an unhappy correlation of radically detached thinking.

← Pastoral Bullies: How to Tell if a Pastor “Domineers”
Friendly Riots and Sweet Baby Jesus: The Dangers of Antinomianism →

3 comments on “The Terror of “Normal”: Religious Brainwashing and the Boston Bombers”