Posted by Steve Smith on May 9, 2013 in Uncategorized

What is spiritual abuse?

I once linked to an excellent article by Mary DeMuth which talks about 10 Signs of Spiritual Abuse. But I have received enough emails and questions to warrant another, separate post covering other symptoms of spiritual abuse.

Jeff VanVonderen, co-author of the classic book The Subtle Power of Spiritual Abuse, defines spiritual abuse like this:

“Spiritual abuse occurs when someone in a position of spiritual authority–the purpose of which is to ‘come underneath’ and serve, build, equip and make God’s people more free–misuses that authority by placing themselves over God’s people to control, coerce or manipulate them for seemingly godly purposes which are really their own.”

“Nothing about spiritual abuse is simple. Those who have experienced it know it is powerful enough to cause them to question their relationship with God, indeed, the very existence of God. And it is subtle too! The perpetrators of spiritual abuse are rarely ‘Snidely Whiplash’ sorts of characters who announce that they are going to drain your spiritual energy. They may be people who seem like they are seeking to guide you to the deepest levels of spiritual maturity.”

Biblical evidence: While the term “spiritual abuse” does not occur in the Bible (nor does the word “Trinity,” for that matter), the concept is clearly alluded to. Primary biblical citations which discuss spiritual abuse include Ezekiel 34:1-10; Matthew 20:25; 23:1-33; Luke 22:24-27; and 1 Peter 5:3. Each of these passages involves God condemning leaders who mistreat the people under their care in order to promote their own welfare or ideology.

1.) Salvation Redefined – Spiritually abusive ministries continually redefine salvation. This keeps the bar moving higher and higher so that followers must stay dependent on the

intercession, wisdom, and power of the leader. Healthy leaders, on the other hand, communicate a clear biblical gospel of salvation by grace through faith. God’s plan of salvation never changes.

2.) Deification of Leaders – While few spiritually abusive leaders overtly claim divinity, in practice they act as if they are godlike. For example, the leader may say that he or she speaks for God, that God works exclusively through his or her ministry, or that followers can please God by pleasing the leader. Healthy leaders, however, avoid putting themselves in the place of God.

3.) Exhaustion – Spiritually abusive ministries exhaust their followers through high commitment and endless demands on time and service. If you always feel exhausted after church—or if your church life seems one continuous demand on your time with never a chance to rest—you may live in a spiritually abusive system. Healthy churches and leaders understand the need for rest and personal time. After all, even God rested on the seventh day.

4.) “Sacrificial” Giving – Spiritually abusive ministries regularly call for sacrificial giving of time, talents, and treasure. The Bible knows little of this. Instead, the New Testament calls for generous and cheerful giving (2 Cor 8 and 9). While God does sometimes call us to give sacrificially, this is between us and the Holy Spirit. For example, the Philippians gave sacrificially and amazed even the Apostle Paul. But no person can demand such sacrifice, and certainly not on an ongoing basis. Healthy churches teach biblical giving which is based on generosity and freewill, not coercion or guilt.

5.) Transactional Giving – Spiritually abusive ministries correlate the giving of your time and money with physical or spiritual blessing. The more you give—or the more dedicated you are to the ministry—the more blessed you will be. This is a works-based system of salvation and sanctification. Healthy ministries focus on transformational giving which is simply a byproduct of thankfulness and faith.

6.) Abuse of Special Revelation – Spiritually abusive leaders often claim to have special insight into the will of God for you and your family. Rather than sharing such “special” revelation and giving you freedom to decide whether the Spirit spoke it or not, 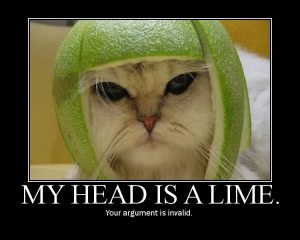 such leaders demand that you obey their pronouncements. Healthy leaders, on the other hand, may also sometimes receive special revelation from the Spirit, but they communicate such “words” from the Lord with humility, qualification, and room for doubt. They allow you to respond—and even disagree—rather than forcing you to obey. And such “words” never benefit the leader financially or in regard to gaining power over you.

7.) Perfectionism – Spiritually abusive ministries may have a mentality which demands full sanctification from members in order to prove that they are saved. This may masquerade as a focus on bearing spiritual fruit, becoming mature in the faith, or living sanctified lives. In reality, such leaders want to control the people underneath them, and the easiest way to do this is to point out their sins (or supposed sins) and show how worthless and hopeless they are. This keeps people dependent on the intercession and teaching of the leader. Healthy leaders, on the other hand, recognize the role of grace in salvation and understand that all believers are sinners in need of mercy, patience, and understanding. We all wear checkered garments on the way to glory.

8.) Shaming – Spiritually abusive ministries often publicly shame their followers. Leaders in such groups misuse confidential information and share it widely in order to humiliate people. Or they bad-mouth people who have left the group. This maintains an atmosphere of fear, degradation, and disempowerment. Healthy leaders, however, maintain confidences, encourage the weak, and empower people under their care toward maturity and joy in Christ.

stated explicitly or remains implicit, followers understand that to leave the group is to fall out of grace or to become a friend of the world. Conversely, healthy leaders rejoice that God is working all over the world. They try to see the best in other groups and Christian leaders, even when they must sometimes speak words of discernment or correction about them. Followers are empowered to understand that the Holy Spirit works variously in other situations and cultures and that he doesn’t make clones.

10.) Punishment – Spiritually abusive groups use church discipline passages as an excuse to punish current members or to shun ex-members. They use church discipline to keep people in line, to quell disagreement (which they call “rebellion”), and as a threat against critical thinking (which they call “pride”). They also overreact to small sins or minor behavioral issues and bring the full weight of church discipline against people who actually just need time to mature. Leaders of these groups misunderstand the purpose of church discipline, which is restorative, not punitive. Spiritually abusive groups also misinterpret the warning passages in the book of Hebrews—they claim that people who leave their select group have left the faith. In contrast, healthy leaders use church discipline only in serious matters of major unrepentant sin. And they understand that the goal of such corrective measures is restoration, not punishment.

If you read this checklist and discover that it applies to your church or group, you likely live in a spiritually abusive system. God has better things for you. Consider what steps you might take to disengage from the abusive group and plug into a healthy system full of grace and truth.