Posted by Steve Smith on October 18, 2012 in Uncategorized

Author’s Note: Please read “Part 1: Introduction” for the context of this post.

“I know just what it is,” the pediatrician said kindly, smiling at the small boy in front of him. The boy shifted uncomfortably on the table’s crackling white paper and scratched his head.

“Yes,” the doctor continued, “you’ve got all the symptoms: a slight fever; headache; loss of appetite; a rash on your scalp, trunk, and face; and those itchy, flat red spots which are just starting to crust over. It can only mean one thing: chicken pox!”

And yet, personality disorders are diagnosable. It just takes a little more time than a single 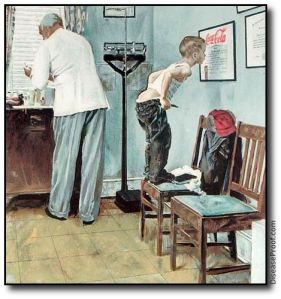 doctor’s appointment, and a little more psychological and biblical wisdom.

In their book, The Narcissism Epidemic: Living in an Age of Entitlement, Jean Twenge, Ph.D., and Keith Campbell, Ph.D., say that “Like a disease, narcissism is caused by certain factors, spreads through particular channels, appears as various symptoms and might be halted by preventive measures and cures.”

While everyone has a particular personality—ways of perceiving, relating to, and thinking about the environment and one’s self—a personality disorder occurs when these traits are “maladaptive, inflexible, and cause significant functional impairment or subjective distress” (DSM-IV). To be diagnosed as a personality disorder, such maladaptive traits must evidence several of the following characteristics:

In this post, we’ll look at the symptoms of Narcissistic Personality Disorder, discover what the Bible has to say about these traits, and then conclude with how these traits sometimes manifest in unhealthy leaders in the church.

A brief history lesson: the word “narcissism” comes from the Greek mythological tale of Narcissus. According to myth, Narcissus was a boy who fell in love with his own beautiful 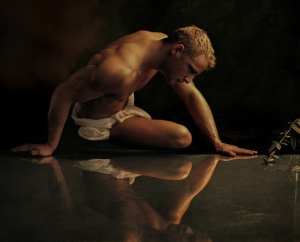 reflection in a pond. He stayed gazing at his reflection for years and years until he turned into a flower, the Narcissus.

Modern day clinical psychologists have borrowed the term to describe a particular type of person—a person who adores themselves and thinks that everyone else in the world is meant to serve and admire them. Narcissists make up less than 1% of the general population, and yet they tend to gravitate toward occupations which involve the limelight, so they are often highly visible.

According to the Diagnostic and Statistical Manual of Mental Disorders, 4th Edition (DSM-IV), people with Narcissistic Personality Disorder have “a pervasive pattern of grandiosity, need for admiration, and lack of empathy, beginning by early adulthood and present in a variety of contexts, as indicated by five or more of the following:

According to Twenge and Campbell, narcissists do not secretly have low self-esteem: “Deep down inside, narcissists think they’re awesome.”

As you can imagine, having a narcissistic personality disorder would be problematic in church leadership.

Does Narcissism Occur in the Bible?

The Bible does not address narcissism using the word “narcissism,” just as it does not talk about dinosaurs, meteors or the Trinity with those exact words. Why? Because all of these terms were invented hundreds of years after the Bible was written. But the modern words describe ancient truths.

What the Bible does do is address the characteristics which describe a narcissistic person: selfishness, selfish ambition, grandiosity, entitlement, lack of empathy, interpersonal exploitation, envy, and arrogance.  Take a look at the following passages:

Romans 2:8 – “But to those who are selfishly ambitious and do not obey the truth, but obey unrighteousness, [there will be] wrath and indignation.”

2 Timothy 3:1-2- “But realize this, that in the last days difficult times will come. For men will be lovers of self…”

Philippians 2:3 – “Do nothing from selfishness or empty conceit, but with humility of mind regard one another as more important than yourselves.”

In Acts 12:21-23, King Herod is struck down by God because he refuses to give glory to 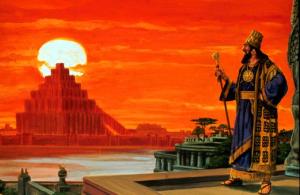 God but instead considers himself worthy of deification. In Daniel 4, God punishes King Nebuchadnezzar for praising himself and reveling in his own glory.

Notably, Jesus describes the Pharisees in terms which characterize narcissists. As Israel’s self-righteous religious leaders, many of them unfortunately evidenced the symptoms of narcissism. Here are a few passages:

Matthew 6:1-2 – “Beware of practicing your righteousness before men to be noticed by them; otherwise you have no reward with your Father who is in heaven. So when you give to the poor, do not sound a trumpet before you, as the hypocrites do in the synagogues and in the streets, so that they may be honored by men…”

Luke 18:10-14 – The Pharisee tried to justify himself and thought he was better than other men; the publican humbly admitted his unworthiness and went away justified before God.

Matthew 23:1-12 – The Pharisees did all their deeds to be “noticed by men” (v.5). On the contrary, Jesus says that his followers should be humble: “The greatest among you shall be your servant. Whoever exalts himself shall be humbled; and whoever humbles himself shall be exalted” (vv.11-12).

Elsewhere, Jesus says that the Gentile rulers “lorded it over” those beneath them (Matthew 20:25), and Peter says that church leaders should not “lord it over” the flock entrusted to their care (1 Peter 5:3).

So the Bible has a lot to say against people who we would describe today as “narcissists,” and especially against religious leaders who have narcissistic personalities.

Most church leaders today are sincere, hard-working, humble folk who sometimes make mistakes and who admit that they are sinners just like everyone else. This post is not about them.

Instead, even though Narcissistic Personality Disorder occurs in only 1% of the general population, many cult leaders seem to demonstrate symptoms of this condition: they are controlling, domineering people who believe they are specially gifted with unique truth. They have grandiose visions of themselves and believe that God has chosen them as messiah-like leaders who will bring a remnant of chosen people to glory. They refuse correction from other people, throw off alliances with other churches as “unholy,” and promote their own idealization and idolization by their followers. They believe they are right, and that everyone else is wrong.

Narcissistic Personality Disorder offers great explanatory power when considering a number of cult leaders in the church today. In the next post, we’ll look at Obsessive-Compulsive Personality Disorder, and in the final post of this series we’ll consider how to lovingly—but assertively—relate to narcissistic leaders so that the church is built up rather than torn down.

After all, a diagnosis is of little value unless we can offer the hope of healing.

Update, 11/17/15: Here are two helpful articles and a paper which all shed very helpful light on this topic. I’m encouraged to see these matters addressed more fully by very capable professionals. Praise God.

← A Sensitive Topic: Personality Disorders in the Church (Part 1 of 5)
Against All Reason: Why I Failed to Leave My Cult →