Posted by Steve Smith on February 15, 2014 in Uncategorized

In my research on cults—and in my own experience as a former cult member—I have learned that many cult leaders evidence traits of undiagnosed personality disorders.

What is a personality disorder?

According to the Mayo Clinic:

I think most of us can agree that if a church leader has an untreated personality disorder it could make him or her more prone to commit spiritual abuse. And that would be good to know, wouldn’t it? 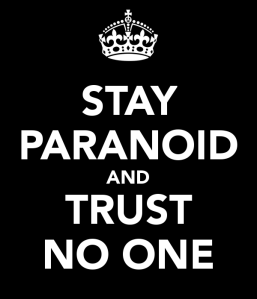 It’s important for me to state that I am not a clinician. I know only what I have read, learned in psychology classes, or experienced for 25 years as a member of a Bible-cult run by a man who was later professionally diagnosed with several personality disorders. But I think what I describe below will sound all too familiar for many victims of spiritual abuse. In addition, the account of King Saul in the Old Testament is a textbook example of PPD.

The purpose of this post—and of this series—is to raise awareness about a little-discussed area so that church members and church leaders can avoid following a mentally ill leader who confuses his or her mental illness with the character and will of God.

According to the Diagnostic and Statistical Manual of Mental Disorders, 4th Edition (DSM-IV), the “essential feature of Paranoid Personality Disorder is a pattern of pervasive distrust and suspiciousness of others such that their motives are interpreted as malevolent.” It occurs in only about 2.5% of the general population, but as we discussed with Narcissistic Personality Disorder, folks with these disorders tend to seek out leadership roles because of their need to control people and circumstances.

For a full description of this disorder, you can read the relevant section of the Diagnostic and Statistical Manual of Mental Disorders. All material in quotes below is from the DSM-IV.

How might this disorder manifest itself in the church? Consider the following fifteen symptoms:

1.) Overreaction to perceived or minimal offenses – Individuals with PPD fixate on past grievances and refuse to forgive or forget. The ultimate expression of this is when they equate offense against their person with an offense against Almighty God. This explains why “they are quick to counterattack and react with anger to perceived insults.” In addition, “Because of their quickness to counterattack in response to the threats they perceive around them, they may be litigious and frequently become involved in legal disputes.” 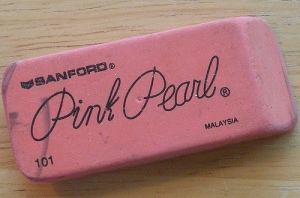 2.) Revisionist history – Individuals with PPD revise their entire perception of a person if that person questions their character or leadership, or—the ultimate betrayal!—leaves their church. Years of positive memories may be altered to correlate with the new image of a sinister person rather than a friend, colleague, or associate. This is why cult leaders can shun and ostracize former members so easily: they are “of the devil,” “of the world,” “a rebel,” or some other thought-stopping term which erases an entire life and replaces it with a paranoid label.

3.) Followers must be perfect – Any deviation from perfect obedience to the leader results in suspicion, accusations, and confrontation. The leader actively looks for disloyalty and perceives obedience flaws or imperfect performance as rebellion against themselves or God.

4.) Inability to confide or delegate – The leader mistrusts others and will not confide personal information. He or she often refuses to delegate tasks because of fear that the follower is untrustworthy, either in character or in ability.

5.) Sympathetic paranoia – Individuals with PPD “read hidden meanings that are demeaning or threatening into benign remarks or events.” For this reason, followers begin to feel on edge, as if they are walking on eggshells. Even their most careful and considerate remarks can be twisted out of context by the leader, read-into, or analyzed for disrespect. This creates a climate of sympathetic paranoia.

6.) Inability to laugh at oneself or accept criticism – Individuals with PPD show a marked lack of humor when it comes to their own reputation or character. They may poke fun at others—even at themselves—but if you try to poke fun at their appearance or performance, watch out. They will lash out at you or silence you. While they dump buckets of criticism on their followers, they refuse to receive a drop of unsolicited input. 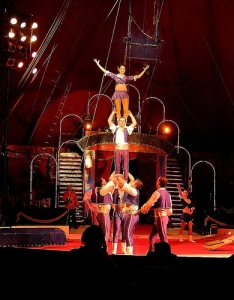 7.) Obsessed with reputation and status – Because individuals with PPD are constantly vigilant against the malevolent intentions of others, they also feel the need to constantly remind their followers how gifted and unique they are—and how far ahead they are of their followers.

8.) Trivial, circumstantial, or fabricated evidence of betrayal – Individuals with PPD need no actual evidence of malevolent intent to accuse someone else of wrongdoing. All they need is the normal stuff of life and the mystical connections made in their own head or visited upon them by “angels” or scripture to fabricate conspiracy theories.

9.) Conspiracy theories – Church leaders with PPD construct elaborate conspiracy theories which may include other churches, local law enforcement, media, ex-members, Satanists, and every other Christian except the members of their own small group. Anyone outside the group must not be trusted.

10.) Sarcasm and hostility toward outsiders – Leaders with PPD tend to treat outsiders with disdain, scorn, or patronizing rhetoric. Understandably, outsiders react against this abuse which then creates a self-fulfilling prophecy for the leader with PPD. “Their combative and suspicious nature may elicit a hostile response in others, which then serves to confirm their original expectations.”

11.) Need for control and autonomy – As with the mightiest dictators, so with the pettiest: “Because individuals with PPD lack trust in others, they have an excessive need to be self-sufficient and a strong sense of autonomy. They also need to have a high degree of control over those around them.” This results in surveillance in the church, networks of “spies” who are loyal to the leader, invasion of privacy, forced confessions for attitudinal or thought sins, and public humiliation and punishment of offenders. 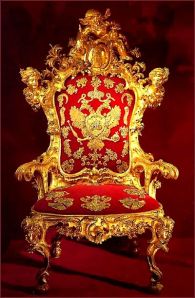 12.) Stereotypes – Because individuals with PPD exert so much energy creating their conspiracy theories, they have little room to appreciate outsiders or invest in getting to know them. “Individuals with this disorder seek to confirm their preconceived negative notions regarding people or situations they encounter, attributing malevolent motivations to others that are projections of their own fears… [they also] tend to develop negative stereotypes of others, particularly those from population groups distinct from their own.”

13.) Rigidity – Individuals with PPD may demonstrate inflexibility in relationships or routine. They do this unconsciously as a safety mechanism, staying in the middle of previously marked channels which they have deemed safe enough. “They are often rigid, critical of others, and unable to collaborate.”

14.) Grandiose and Hierarchical – At the root of PPD is a distorted attempt to mandate personal security and significance. We all need both, but leaders with PPD try to carve out their own kingdoms in which they alone sit on the throne with everyone else paying them homage. “They may exhibit thinly hidden, unrealistic grandiose fantasies [and] are often attuned to issues of power and rank.”

15.) Simplistic, Fanatical, and Cult-like – “Attracted by simplistic formulations of the world, they are often wary of ambiguous situations. They may be perceived as ‘fanatics’ and form tightly knit ‘cults’ or groups with others who share their paranoid belief systems.”

In the last post in this series, we’ll talk about how the church should relate to leaders who evidence personality disorders. As we’ll see, there is a whole spectrum of response based on the level of severity, degree of awareness, and willingness to receive help.

← Confirmation Bias and the Bill Nye vs. Ken Ham Debate
How to Deal with Personality Disorders among Church Leaders (Part 5 of 5) →