Why Spiritually Abused People Should Not Repent… And Why They Should

Posted by Steve Smith on February 23, 2013 in Uncategorized

If you carry around a burden of guilt because you were spiritually abused, this post is for you. 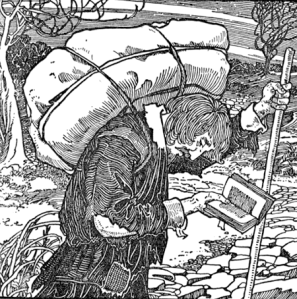 The question is: Do people who have been spiritually abused need to repent for allowing themselves to be abused?

Dr. Stephen Crosby—who himself experienced spiritual abuse in the past—wrote in a recent blog post:

“If you have been seriously damaged in a church situation, I urge you to forgive quickly, take responsibility for your own soul, repent to God for not using the tools he has given you to protect yourself, find people who can love you without agenda, help you find inner healing if you need it, and be restored to a vibrant and healthy kingdom life.”

The post set off a minor fire-storm on other blogs as folks debated whether or not they needed to repent for being spiritually abused. Crosby later clarified in the comments section of his post that perhaps the word “repent” was too strong. His definition of “repent” varied from many other folks’ definition. Yet the topic struck such a nerve that the discussion kept rolling.

The gist of Crosby’s article—with which I fully agree—is that folks who have been spiritually abused need to admit that there was something broken about themselves which functioned as a “hook” to the Velcro of a spiritually abusive leader. You can check out his original post here.

In a nutshell, Crosby says that there was some brokenness in us that contributed to making us susceptible to staying in an abusive environment. And I can’t disagree. We all have brokenness. We all are responsible for our own souls (Ezekiel 18). And the sooner we can take responsibility for our spiritual and emotional life, the faster we will heal. I agree with 98% of Dr. Crosby’s article.

Before I explain my answer, let’s define our terms, shall we?

“Repentance” in the New Testament comes from the Greek verb metanoeo which refers to “changing one’s mind.” At least, that’s what the first definition says in my Greek-English dictionary. The problem is that this definition only occurs in non-biblical writers (you can look it up for yourself in the authoritative Greek-English Lexicon of the New Testament by Frederick William Danker, p.640).

The second definition, which occurs often in the Bible, refers to “feeling remorse, repent, be converted” (p.640). To use a biblical term properly, however, we must use it in a way that corresponds with the sense of the biblical context. A word can’t mean whatever we want it to mean. Context defines proper usage. And if you look at the context for all of the verses where this term is used in the New Testament, it refers to a person who is guilty of sin—or who is unregenerate—and who must confess their guilt and turn away from their sin. The noun form, metanoia, has the same definition: “repentance, turning about, conversion,” always in the context of salvation or sin.

With that definition of “repentance” in mind, I say that…

2.) No, we do not need to repent of being spiritually abused

Let me be crystal clear: allowing yourself to be spiritually abused is not a sin—so long as you do not realize that it is spiritual abuse in the first place.

It is not a sin of commission, because you have done nothing wrong. It’s the other person who has sinned against you. You may have been spiritually immature, but that’s not a sin—God is very patient with spiritual infants, though he does exhort us to move on to maturity (Eph. 4:14; Heb. 6:1; 1 Peter 2:2-3). 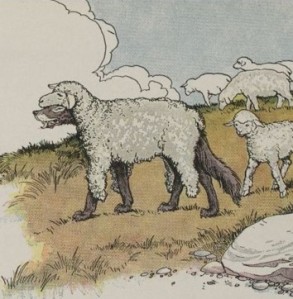 But in most cases of spiritual abuse, the person being abused doesn’t know it until afterwards. You do not say, “My goodness! I am being spiritually abused. I think I will let this person continue to abuse me.” Rather, you believe that the treatment you receive is right according to the Bible, and you submit to it accordingly. This is the subtle power of spiritual abuse.

It is no more a sin than a child who “allows” himself to be sexually abused, or a wife who “allows” herself to be physically abused. In each of these cases, the abuse happens because there is a power differential where a powerful figure takes advantage of a weaker person through manipulation, deception, or force. There may be brokenness, or vulnerability, or psychological or spiritual weakness, but those things are not sin.

Let’s be crystal clear again: allowing yourself to be spiritually abused is not a sin, unless you know that you are being abused and you refuse to seek help or get out of the situation. In that case, you are aiding and abetting in your own abuse. You would be committing a sin of omission: knowing what is good (to seek help), and not doing it.

Evidence from the Gospels

Does the Bible have anything to say about this?

If you look in the Gospels, you’ll find examples of people who were being spiritually abused. Does God call them to repent for allowing themselves to be spiritually abused? I wasn’t able to find any instances. 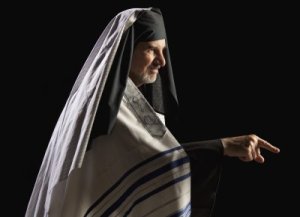 For example, the Pharisees were spiritually abusive religious leaders. Jesus never criticized the people whom they abused for allowing themselves to be abused, but rather he called down woes on the ones who did the abusing (cf. Matthew 23). Jesus did call the people to repentance, but not because they were allowing themselves to be abused by the religious leaders. [If you can find an exception, by all means post it in the comments section below—we can all learn together.]

The tone you get from Jesus is one of great compassion for people who were being harassed and deceptively put into spiritual bondage by religious leaders. He didn’t blame them. He didn’t call their being deceived a sin from which they needed to repent. Instead, “a battered reed he will not break off, and a smoldering wick he will not put out” (Matthew 12:20). Jesus’ heart broke for the abused.

Evidence from Paul and the Book of Hebrews

Okay, so we see that Jesus had compassion for the spiritually abused during his earthly ministry. But did things change after Pentecost (Acts 2) when the Holy Spirit came to dwell in all believers? Are Christians guilty of sin if they allow themselves to be spiritually abused? Should they repent if they have not used all the resources God has given them for spiritual insight and freedom (2 Peter 1:3-4)?

I don’t think so. Spiritual abuse is a subtle, spiritually deceptive system which masquerades as a genuine work of God. Its perpetrators are obvious to outsiders, but not to those within the system who sincerely believe that God has anointed the leader as a spiritual authority. 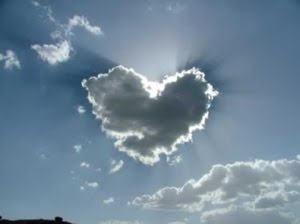 I submit that God’s attitude toward spiritually abused people did not change after Pentecost: he still holds the abusers accountable for their sin, and he looks with compassion upon those who are being abused.

Paul, for his part, warned his readers time after time against false teachers. He saved his harshest rhetoric for those who were leading others into spiritual bondage (cf. Gal 5:12 for a scathing example).

I repeat: Allowing yourself to be spiritually abused is not a sin. Therefore, you are not guilty and you do not need to repent.

And yet, that does not make us innocent.

Because those who have been spiritually abused often need to repent of other things.

3.) Yes, we do need to repent for sins we committed

This section is small, but the point is large: any sin that you committed while in your cult or unhealthy church is your responsibility. God will forgive you (1 John 1:9), but don’t duck your responsibility or try to blame someone else for what you did. 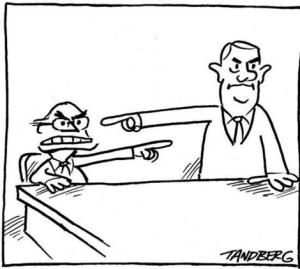 After I left my cult—with my head still spinning—I wanted nothing more than to blame my former pastor for everything bad in my life. But what I discovered was that God held me responsible for every sinful word, action, and thought that I had entertained or committed during my 25 years in the cult.

I was not guilt-free just because I was in a counterfeit system under a false teacher.

Instead, I had to take responsibility for my own soul and apologize to God and to people whom I had sinned against. I had always had God’s Word and God’s Spirit at my disposal, and yet too often I had acted in a manner contrary to God’s commands.

I recall one tearful session where I apologized to a young lady whom I had treated very badly. My previous sinful actions had been in direct obedience to my former pastor’s paranoid and draconian commands, but I was the one who did them. I was responsible. And my guilt was real before God. It felt awful, and I was so ashamed. But it was also an important part of my healing process.

You won’t fully heal until you take responsibility for the sins that you committed and you reconcile with God and people. Don’t blame someone else.

4.) And we need to recognize our psychological brokenness and how we have failed to attain to the full measure of spiritual maturity

I am in full agreement with the bulk of Dr. Crosby’s article that we need to recognize areas of immaturity, brokenness, and codependency which made us especially susceptible to spiritual abuse. God has so much more for us—all the spiritual riches in Christ. Please read his article for the details. 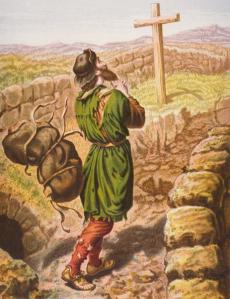 This was a long post. I decided not to split it in two because I don’t want folks to misunderstand the point. Being spiritually abused is not a sin. Don’t shoulder guilt that is not yours to bear.

But any sin that you did commit while in a cult is your responsibility, no matter how convinced you were that you were right, and no matter how forceful or deceptive your cult leader was. Confess your sin and God will forgive you.

Let him carry that burden.

Related Post: Should We Repent for Allowing Ourselves to be Spiritually Abused?

The fine print: By citing Dr. Crosby’s article, I also need to include his copyright info below:

Copyright 2013, Dr. Stephen R. Crosby, http://www.swordofthekingdom.com. Permission is granted to copy, forward, or distribute this article for non-commercial use only, as long as this copyright byline, in totality, is maintained in all duplications, copies, and link references.  For reprint permission for any commercial use, in any form of media, please contact stephcros9@aol.com.

← Should We Repent for Allowing Ourselves to be Spiritually Abused?
Broken Cisterns: Cultic Codependency (Part 1 of 2) →