Does the Church of Wells Teach a False Gospel?

Posted by Steve Smith on April 7, 2014 in Uncategorized

Over the past several months, the Church of Wells in Wells, Texas has received national media attention, most recently by the ABC show Nightline Prime with Dan Harris, which aired on 4/5/14.

Concern about the group first rose to prominence when the church allowed a baby to die in the summer of 2012 rather than seeking medical attention for her. They then prayed over her dead body for 14 hours in the hopes that God would raise her from the dead. The church also practices shunning of family members who disagree with the group’s teachings. 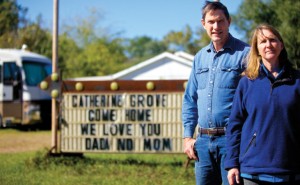 The Nightline Prime episode focused mainly on the Grove family. Patty and Andy Grove claim that their daughter, Catherine, was brainwashed by the group and has been kept from leaving. When a crew from ABC tried to interview Church of Wells members last month, group members refused comment or quoted King James Bible verses at reporters.

On Saturday, 4/5/14, two members of the Church of Wells were injured in a fight after they upset parents at the Wells Homecoming Parade by preaching hellfire and judgment against passersby, including small children.

It is my policy on this blog to refrain from mentioning specific groups unless they have already garnered media attention. Since reporters and public officials refuse to call the Church of Wells a cult in order to avoid libel lawsuits, I will also refrain from doing so.

While this group is in some ways unique, I think there is something we can learn from it which applies more universally to many other unhealthy groups: the practice of a church betrays its doctrines. Put another way, how a group behaves exposes what it believes. Behavior doesn’t lie. Thus, by allowing a baby to die without medical help, and by harshly shunning even professing Christians, the Church of Wells has behaved quite badly. This tells us that there is something wrong with the doctrine behind the behavior.

Oddly, if you talk to the elders of the Church of Wells they insist that their behavior is kind and loving. They say they are practicing true Christian faith, follow the Bible literally, and that they are acting in love toward family and community members. 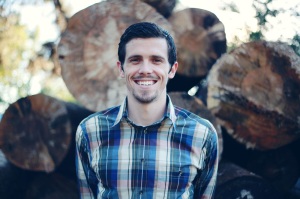 They also believe that they are doctrinally pure. Church of Wells elder Sean Morris has repeatedly said that he believes that salvation is by grace through faith — he said this to me in private Facebook messages in the summer of 2012, and he has maintained this whenever accused of teaching a works-based salvation. If his claims are true, this would put him in agreement with the major creeds of the church and with the majority of professing believers around the world.

And yet a question presents itself: Why, if the members of the Church of Wells follow correct biblical doctrine, do they cause so much damage in every relationship in which they find themselves?

It is because the members of the Church of Wells behave as if they do not believe that salvation is by grace through faith. Instead, members are told that they must work hard in order to get saved, and that even upon salvation they are always in danger of falling from grace. Outsiders who do not live as ascetically as Church of Wells members do are considered to be sub-biblical or unsaved. This then allows church members to treat these people as sub-human contaminants to their own hard-won salvation. Church elders quote extensively from scriptures which talk about faith evidenced by works (James 2) and the necessity of Christian obedience. Yet many other churches teach these same principles without the corresponding harshness demonstrated by the Church of Wells.

A False Gospel Buried in 718 Pages

While most observers understand that there is something “off” with this group, it can be hard to pin down exactly what it is, beyond a simple lack of balance. This is made more difficult when Church of Wells elders refuse to answer phone calls, emails, Facebook messages, or in-person requests for interviews or clarification of their doctrine. 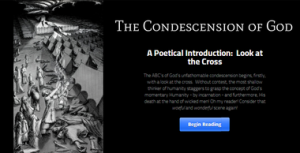 “The Condescension of God” by Sean Morris

Fortunately, the group’s doctrine is clear based on their extensive writings posted to their website and now available in book format from Amazon.com. In “The Condescension of God,” Sean Morris teaches a false gospel, but I suspect few will make it through the 718 dense pages to discover it.

There are plenty of extensive scripture quotations in the book, but scripture can be used for any purpose and to buttress any argument, no matter how twisted. So as I read through the book, I looked for interpretive statements by Morris which would clarify his position on what saves a person. In the end, it became obvious that this book teaches a false gospel of works-righteousness and confuses sanctification with justification.

Here is a quote from chapter 19 which neatly summarizes Morris’s view of salvation:

The New Testament knows nothing of this two-step process of salvation, with the first step depending on Jesus and the second step depending on human effort. Ladies and gentlemen, salvation depends entirely on the work of Jesus Christ on the cross.

If salvation really is a two step process, as Morris claims, where Christ’s work is the first step and our work is the second step, then we are all doomed. This is an inaccurate understanding of the scriptural text, which Morris arrives at by jettisoning accepted church teachings and instead creating his own categories and paradigms. This is what happens when someone rejects the clarity and simplicity of the gospel in order to create a 718-page contortion to explain why everyone else in the world is wrong and he is right.

The elders of the Church of Wells should repent of teaching a false gospel of works righteousness and should instead humble themselves and embrace salvation by grace through faith alone.

Update, 5/15/14: There’s a helpful new website about the Church of Wells which questions its doctrine and exposes some of its harmful practices. You can find it here: http://www.thechurchofwells.org/

← Rethinking Matthew 18 – Gossip Control and the “Can’t Talk” Rule
Review of “A Journey to Waco: Autobiography of a Branch Davidian” →

475 comments on “Does the Church of Wells Teach a False Gospel?”