Posted by Steve Smith on March 14, 2013 in Uncategorized

I always wondered how my former pastor could appear so righteous and yet act as a narcissist.

Even after writing a post about narcissism in the church, I still scratched my head.

Recently, my friends over at “Recovering Grace” re-posted a blog which describes exactly how this behavior happens. Since most Christians frown at obvious narcissism, pastors who struggle with narcissism must cloak their personality disorder with apparent humility. Thus the term “self-deprecating narcissism.”

The article quotes extensively from Jack Watts, who writes about spiritual abuse by evangelical leaders. You will find his insights in this article well worth your time. The author also quotes from Sandy Hotchkiss. I want to read her book, but this snippet quoted in the blog will have to suffice for now:

“Sandy Hotchkiss in her book, Why is It Always About You: The Seven Deadly Sins of Narcissism, lays out the traits of all narcissists this way. [Emphasis by blogger]

Shamelessness – Shame is the feeling that lurks beneath all unhealthy narcissism, and the inability to process shame in healthy ways.

Magical thinking – Narcissists see themselves as perfect using distortion and illusion known as magical thinking. They also use projection to dump shame onto others.

Arrogance – A narcissist who is feeling deflated may re-inflate by diminishing, debasing, or degrading somebody else.

Envy – A narcissist may secure a sense of superiority in the face of another person’s ability by using contempt to minimize the other person.

Entitlement – Narcissists hold unreasonable expectations of particularly favorable treatment and automatic compliance because they consider themselves special. Failure to comply is considered an attack on their superiority, and the perpetrator is considered an “awkward” or “difficult” person. Defiance of their will is a narcissistic injury that can trigger narcissistic rage. 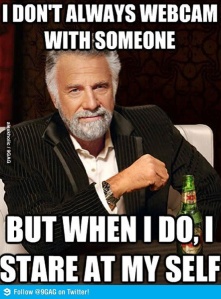 Exploitation – can take many forms but always involves the exploitation of others without regard for their feelings or interests. Often the other is in a subservient position where resistance would be difficult or even impossible. Sometimes the subservience is not so much real as assumed.

Bad Boundaries – narcissists do not recognize that they have boundaries and that others are separate and are not extensions of themselves. Others either exist to meet their needs or may as well not exist at all. Those who provide narcissistic supply to the narcissist are treated as if they are part of the narcissist and are expected to live up to those expectations. In the mind of a narcissist, there is no boundary between self and other.”

Check out the rest of the post for more explanations of narcissism in the church.

Update, 11/17/15: William E. Krill, Jr., L.P.C., has written an outstanding post about what he calls “Covert Narcissistic Pastors.” It is worth ten minutes to read it. You can find it here.

21 comments on “Self-Deprecating Narcissists: Why Some Christian Narcissists Appear Humble”