Posted by Steve Smith on February 27, 2014 in Uncategorized

I am not a clinician and this is not a prescription. This is my attempt to start a conversation which is long overdue. I welcome the input of Christian brothers and sisters whose education and experience better fit them to tackle this topic.

Thankfully, you don’t need a psychology degree to start to construct a biblically-based model of how to handle church leaders who evidence untreated personality disorders. This is because we are not dealing with causation (what causes a personality disorder) nor treatment (which should be handled by professionals), but only with how a church might respond to a leader who evidences this particular form of mental illness. 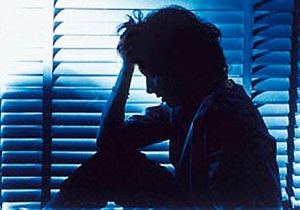 We are also not talking about all forms of mental illness, but only personality disorders. In particular the following three which are common in cult leaders and spiritually abusive church leaders: Narcissistic Personality Disorder, Obsessive-Compulsive Personality Disorder, and Paranoid Personality Disorder. Each of these has specific symptoms which can readily lead to abusive leadership if left unacknowledged and untreated.

This is not theoretical. I was a member for 25 years of a church which became a Bible-cult. Our pastor was eventually professionally diagnosed with several personality disorders—this only after he was committed to the psychiatric unit at a local hospital. For many years prior to that he believed that his lifestyle was anointed by God and that his opinions and viewpoints were divinely enforceable doctrine. In reality he was a very ill man and his illness destroyed several families and left the church in ruins.

So how should a church respond if one of its leaders evidences the hallmarks of an untreated personality disorder? Here are seven thoughts:

1.) Carefully – Churches should hesitate to impugn leaders. There is no other type of human leader available but an imperfect one. The Bible never requires perfection from church leaders, only attainment of a certain degree of spiritual maturity, good character, and ability to teach the truth from God’s Word (1 Timothy 3; Titus 1; 1 Peter 5). Church politics are well-known and there are plenty of parishioners who would love to cry “Personality disorder!” in order to remove a leader they dislike. But the Bible says that God hates it when the innocent are condemned (Prov. 17:15). This is not a witch hunt. Most church leaders are good, sincere folk who sometimes get it wrong but often get it right. They are worthy of honor and this post is not about them.

However, there are clinical, observable criteria which the DSM-IV lists for personality disorders. To think that these never effect any church leaders or that it doesn’t matter if a church leader has them is simplistic at best and complicit at worst. If, after careful and prayerful observation over a period of time, you suspect that your church leader evidences one of these–and in particular if he or she is acting abusively toward church members because of the disorder–then you have an obligation to take action.

2.) Orderly – Despite the protestations of cult leaders, the Bible does make provision for calling a leader to account. Christians have the biblical mandate to evaluate their leaders on the criteria provided in scripture. If a leader violates these standards and refuses to acknowledge sin or repent and change, he or she is impeachable.

The process for confronting a leader (or any other believer) is laid out in scripture in Matthew 18 and 1 Corinthians 5: a concerned parishioner should first talk (if safe!) to the offending leader; then to another mature believer (preferably another leader) who will go with them to confront the leader; then the matter should come before the church.

If the leader is truly humble, acknowledges sin, and repents, it may be possible for the leader to remain in his or her position while also seeking further treatment. Or it may not. It depends on how bad things have gotten. The second step in the process ensures that no accusation against an elder will be entertained by the church except on the testimony of two or three witnesses (1 Timothy 5:19).

The length of this process may depend on the severity of the offending leader’s behavior. The worse it is, the more rapidly the process should move. Exceptions to this biblical process are if the leader is actively abusing people or has committed a criminal offense, whereupon he or she should be immediately reported to the appropriate civil authorities. The church has often gotten this wrong; we need to get it right.

3.) Corporately – While confronting a pastor can be done by an individual or by several witnesses, removing a pastor or elder from office is a serious business and should be done by the church as a whole. Various denominations have differing methods to do this, but the point is that just as a leader is called by a congregation, so they are removed by a congregation. The church should stand united as much as possible in the decision.

5.) Decisively – Compassion’s twin in these circumstances is clear action (Gal. 2:11-14). If a leader truly has a personality disorder which manifests through harmful, abusive behavior, that leader must be confronted. If the leader is unrepentant, he or she must be removed from office with speed. The leader needs help and professional treatment, and the congregation needs relief and protection. None of this is aided by a wishy-washy process or by muddy resolutions or tabled motions. To avoid making a decision is still to make a decision.

6.) Protectively – Both the leader’s reputation and the welfare of the congregation should be guarded when mutually possible. Unless the leader has committed a criminal act which necessitates legal proceedings and the attendant media attention—or unless the leader has already made his or her name a stench in the community—a church should handle the matter with diplomacy and tact. Love always protects (1 Corinthians 13:7). Give your leader the benefit of a quiet removal from office which will enable him or her to seek treatment, deal with sin toward family members or church members, and perhaps someday return to some level of service or leadership. 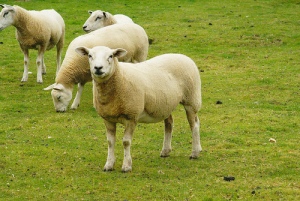 But the church also must be protected. If the leader is unwilling to step down, refuses to acknowledge sin, or attempts to manipulate parishioners into supporting his or her cause, the sheep must be defended. There are cases where niceness and diplomacy must go out the window and church leaders must deal decisively to remove a dangerous or abusive leader. Shepherds must protect their sheep.

7.) Restoratively – The goal of all church discipline is not punishment but rather restoration. Personality disorders are notoriously difficult to treat. The success rate is not high. But any leader who acknowledges his or her illness with its attendant harmful behavior, seeks treatment, and over a long period of time demonstrates changed behavior, healthy boundaries, and a humble willingness to accept accountability, may someday be in a place to again function as a leader in some capacity. That would be the ideal result.

I have purposely left out the details of how to remove a church leader from office because different denominations have different practices. If you belong to a church which either doesn’t follow its denominational processes or functions independently without a process for holding leaders accountable, then you have a problem. At the very least, 1 Timothy 3, Titus 1, and 1 Peter 5 provide the qualifications on which to evaluate a leader’s behavior; and Matthew 18 and 1 Corinthians 5 provide a template for confrontation.

If you attend a church where these healthy steps are out of the question—I am thinking of a totalitarian cult where dissenters are punished and to even question the leader in your thoughts is considered sinful, as was the case in my former church—then you should leave that church and attend a healthy church where God’s word is honored and the hearts of leaders and parishioners alike are nurtured and protected. It will cost you something, but you will gain far more.

Update, 11/17/15: William E. Krill, Jr., L.P.C., has written an outstanding article about how to deal with the Narcissistic Personality Disordered pastor. You can find it here.